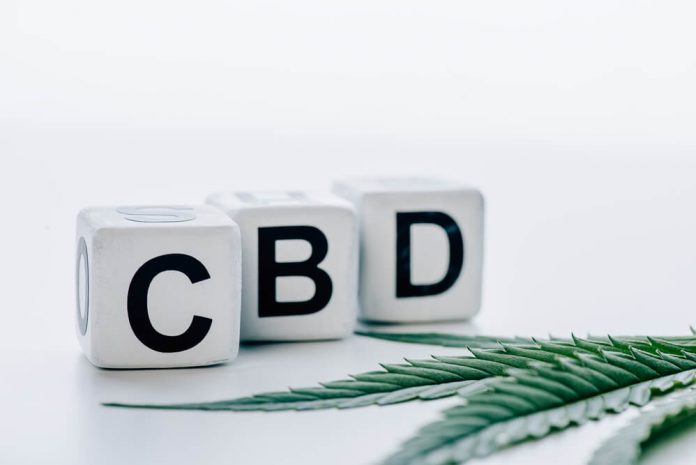 As you may already know, CBD is a cannabinoid derived from the cannabis plant, and over the past decade we have discovered that the compound has numerous health benefits.

Consequently, CBD products have blown up in popularity, with the market expected to increase by 700% by 2020. However, with this many new people buying and selling CBD, it is important to discuss the safety concerns of such products. That being said, as more research is being done on CBD we are starting to realise just how safe it actually is.

Most of the concerns about the cannabinoid are based on preconceptions stemming from the compound’s association with cannabis. However, while CBD does of course come from cannabis, the largest safety concerns surrounding cannabis don’t apply to CBD. This article will explain why this is the case and ultimately, why CBD is absolutely safe.

1. CBD doesn’t get you high

CBD is derived from the cannabis strain cannabis sativa, and because of this many people assume that CBD products will get you “high”, however this is simply a myth. In reality, CBD is not psychoactive, and so consuming CBD products will not put you into an altered state of consciousness.

So why doesn’t it get you high? Well, cannabis actually contains over 100 cannabinoids, and CBD is just one of them. In other words, it is just one ingredient in the chemically complex make-up of the plant. It is a completely different cannabinoid called THC that produces the psychoactive effect that people associate with cannabis. CBD is actually considered to be an anti-psychotic as it counteracts the effects of THC. This means a person could even consume CBD to sober themselves up from the psychoactive effects of THC.

This also means that CBD has a number of therapeutic uses in regard to treating psychosis. One study in 2012, for instance, concluded that CBD was effective in alleviating such symptoms in schizophrenic people.

It should also be noted that while some CBD products may contain trace amounts of THC, it won’t be nearly enough to produce a psychoactive effect. As a result, CBD products are absolutely safe in this regard, assuming they have been bought from a reliable and trustworthy source.

While cannabis isn’t necessarily addictive, an alarming number of people are dependent on the drug. In 2013, it was actually estimated that the number is 13.1 million worldwide. However, this is most likely due to the THC which, for one, results in increased dopamine activity, leading to a psychological association between cannabis and the pleasure that the THC high induces.

So far, however, there is no evidence that suggests CBD is addictive. In 2017, the World Health Organisation released a large report on CBD, and in that report they stated “While the number of studies is limited, the evidence from well controlled human experimental research indicates that CBD is not associated with abuse potential.”

While they do state that the number of studies on humans is limited, they also state that “No studies of the physical dependence potential of CBD in animals were identified” which is quite significant as there has been a much larger number of studies done using animals. More information on this can be found the report itself.

One the contrary, there has actually been numerous studies that show CBD could be effective in addiction recovery. One study in Neuropsychopharmacology found that rats addicted to cocaine stopped exhibiting characteristics of relapsing addicts, such as dependency, impulsivity and anxiety, after being treated with CBD for just 7 days. They were also deterred from relapsing for 5 months. Another study in 2012 showed that CBD in vapes could be effective in reducing cigarette consumption in people addicted to cigarettes.

3. You can’t overdose on CBD

As numerous studies have shown, CBD has very minimal side effects. This is because the cannabinoid is non-toxic, and thus there is no fatal dose. One study in 2011 found that even does of up to 1500mg are well tolerated in humans. For reference, many people take “high” doses of CBD to sedate themselves and fight insomnia, and the dose needed for this should only be around 40 to 160mg. The dose needed for other purposes in which sedation is not required or wanted, such as improving alertness, would be even lower. However, this does not matter as CBD isn’t neurotoxic in any way and, as previously mentioned, there is no lethal dose.

As there is no fatal dose of CBD, and because of its minimal side effect profile, it is even suggested that CBD could be a safer alternative to prescription drugs like opioids, most of which have been shown to be quite dangerous. There is mounting evidence that CBD can be used to treat chronic pain, and it is clearly safer than a drug like oxycodone, a highly addictive opioid that has caused deaths from people overdosing. The treatment of chronic pain is just one example though, there is evidence that suggests CBD could also provide a much safer alternative to medication prescribed for issues like anxiety, epilepsy, schizophrenia and much more.

Not only is CBD not neurotoxic, the cannabinoid has actually been shown to be neuroprotective, and in more than one way. One study in 2006, for instance, demonstrated that CBD can reduce hyperoxide toxicity in neurons. It also showed that CBD is particularly effective in neuroprotectivity against toxic levels of glutamate. A number of neurological issues stem from toxic levels of glutamate, including MS, Alzheimer’s, depression and epilepsy.

In addition to this, a study in 2004 using brain cells afflicted with Alzheimer’s disease demonstrated that treatment of such cells with CBD significantly elevated their chances of survival. This is because CBD can exert a combination of neuroprotective, anti‐oxidative and anti‐apoptotic effects against β‐amyloid peptide aggregates. Alzheimer’s disease is widely held to be associated with oxidative stress due, in part, to the membrane action of these peptide aggregates.

CBDs neuroprotective qualities highlight just how safe the cannabinoid is, which is important to know as some people may associate it with the old myth that “cannabis kills brain cells”. This has now been debunked, but there is still is some conflicting results regarding cannabis’ long-term effects on the brain. However, the scientific community widely accepts that THC is responsible for this, not CBD.

5. CBD will not cause any anxiety

A large concern for people trying new forms of treatment is how it will affect their mental health. Given that cannabis can cause extreme anxiety for some people, it is important to note that this will not happen with CBD. There is actually a large amount of evidence that CBD can have positive effects on anxiety, especially social anxiety. This should come as no surprise given that one of the main reasons people buy CBD products is because they are effective at calming the mind.

In regard to generalized anxiety, CBD has been shown to reduce stress and lower heart rate in animal subjects, along with improving behavioural signs of anxiety, according to the National Institute on Drug Abuse.

In regard to social anxiety, the Journal of Psychopharmacology published a study in 2011 which found that a 400mg dose of CBD significantly decreases social anxiety in (human) subjects in comparison to a placebo. On top of this, a study by the American College of Neuropschopharmacology found that CBD can improve the public speech performance of people with Social Anxiety Disorder by reducing anxiety, discomfort, and cognitive impairment.

Many people use CBD for this specific purpose, but even if you aren’t it’s still good to know that CBD will not induce stress, anxiety or any other adverse mental problems that can come with cannabis use or some forms of medication. 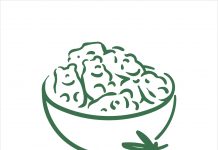 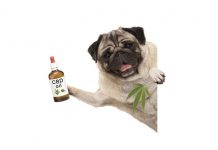 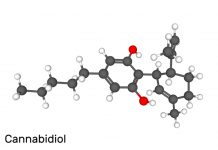